← more from
Beating Heart
Get fresh music recommendations delivered to your inbox every Friday.
We've updated our Terms of Use. You can review the changes here. 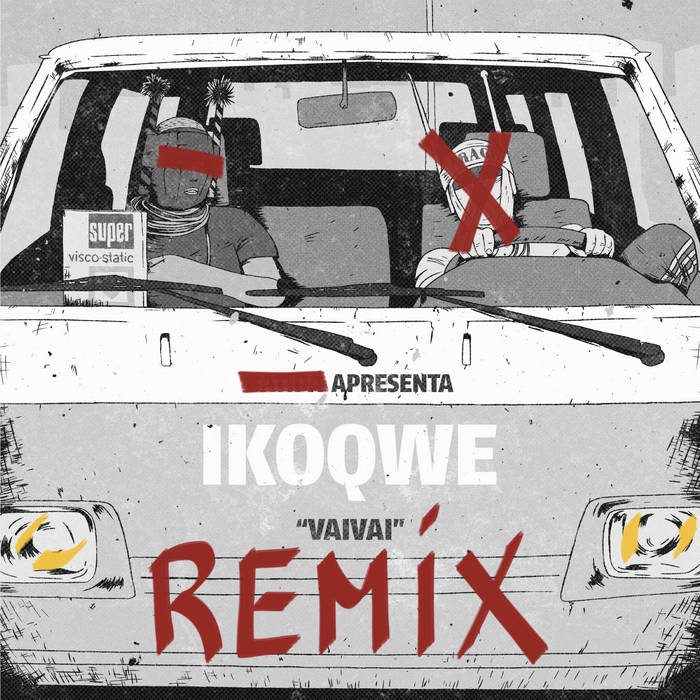 For those who like to translate everything into simple equations:

IKOQWE =
Ikonoklasta (Iconoclast) a rapper who became an iconic activist known as Luaty Beirão + Pedro Coquenão, who has been into music, dance, visual, plastic and radio arts under the Batida alias.

BBC 6 Music Gilles Peterson explains, “There’s certain types of music that come out of Portugal. All of this is sort of linked together for me by this one producer who goes by the name of Batida. It’s just on another level in terms of how he presents his show, how he approaches his music making, whether he is DJing or performing live, or adding visuals, philosophically just how he goes about his business.”

Debut IKOQWE single ‘Vaivai’ is a vibrant bass loaded afrobeat track that tantalizes the senses with a non-stop array of sounds and a heavy groove. Taking root from Angola, Portugal, it’s impossible to not get sucked into the layered shuffling backdrop of beats and organic percussion peppered with computer-game style blips and bleeps.

The accompanying video see’s the duo, masked with make-shift antennae and riding through the desert in a Candongueiro (Angolan Taxi) , in a cartoon style escapade, journeying, eventually launching up to space where perhaps this track belongs with its otherworldly rhythms, laser-like zaps and cosmic raps.

Returning to the equation:

For the minimalist: IKOQWE is about making beats and rhymes.
For the geographic: IKOQWE’s music is situated between Angola & Portugal and the rest of the Galaxy.
Politically: IKOQWE has no affiliations. They are about Civil initiative and critical thinking.
On gender: they believe that each one has one or as many as desired.
For networks and mass media: the topics covered are: Inequities, Identities, Migrations, Misrepresentations, Neo-Colonialism and Compliances.
For all others: IKOQWE is about brain tickling, lower belly liberation, feet on the ground, a closed fist in the air and an open and warm heart inside. Love and Utopia, as the future.

Their work is a cosmic journey through the entire African continent and beyond...

Bandcamp Daily  your guide to the world of Bandcamp